The all-new Tuscan 2017 is a superb and incredibly powerful car that, as a compact, robust SUV, provides a real adventure in the city. 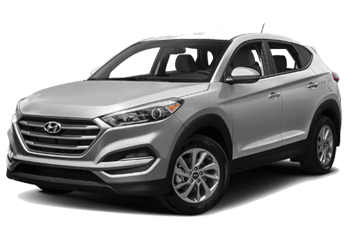 Hyundai Tucson, one of the most popular chassis in the Iranian market. In the next full introduction of the 2017 version with the specifications and the price of this car will be.

Let's take a look at the statistics on the sale of different ChassisBlend and Crossover models in our country in order to further highlight the importance of the Hyundai Tucson. In 1394, 50,289 passenger cars entered our country, 57 percent of them all, including ChassisBlend cars. The important thing is that the number of 2850 Hyundai Tucson devices arrived in the country this year, accounting for 10% of the total chassis loaded to Iran.

The true name of this car is Toxin, a city in the Arizona Desert. Other products from Hyundai, such as Sonata and Azera, are also names of areas in the United States that are aimed at attracting customers in this country, based on the products of this Korean brand, and of course, it should be noted that many American designers have cooperated with this company so far. Have had.

The first Tucson model with the ix35 code was introduced in 2004 and won a major success for Hyundai by co-producing in Korea, India, Brazil, China, Egypt, Ukraine and Taiwan until 2009. The car in Iran also had a high profile and was able to attract people's confidence. In the second generation, Tucson evolved in appearance and inward. The predecessor's predecessor's design was dynamic and sophisticated in the 2010 model and the 2.7-liter supercharged 2.7-liter engine was replaced with a 2.4-liter 4-cylinder engine until this year, the third-generation Tucson entered the busy crowd of the Crossover.

The Tuscan version arrives in Iran with a 2-liter, natural breathing engine that has 164 horsepower and 205 nm of torque. This is while the previous generation with a 2.4-liter 182 horsepower engine was sold in our country. The new model, naturally, accelerating from zero to 100 km / h in 11.5 seconds, is slower than the previous one, but instead it has the best performance and with an average fuel consumption of 8.5 liters per 100 kilometers, it is about one liter lower.